Get wonderfully lost in Santorini

Episkopi Gonia (also known as Mesa Gonia) is a small, peaceful, traditional village nestled at the foothills of Prophet Elias mountain. Not being touristic, this village is not widely known and remains one of the hidden treasures of Santorini for those seeking to relax and enjoy an original Greek experience, away from the crowds, while at the same time being in close proximity to the most significant touristic attractions.

The village is named after the famous byzantine church of Panagia Episkopi dedicated to the Assumption of Virgin Mary and built in the late 11th century by the Emperor Alexios I Komnenos. Panagia Episkopi was the seat of the Orthodox diocese of Santorini until 1207 and from 1537 to 1827. The village itself has no written records to indicate when it was founded but it is certain that its history goes back deep into time.

Episkopi Gonia suffered greatly during the 1956 earthquake and many of its residents abandoned it to settle in the nearby coastal village of Kamari. Due to this fact, this traditional settlement has retained its authenticity despite the rapid touristic development of Santorini. 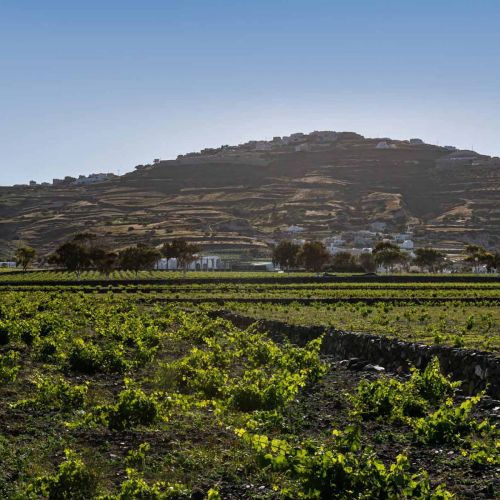 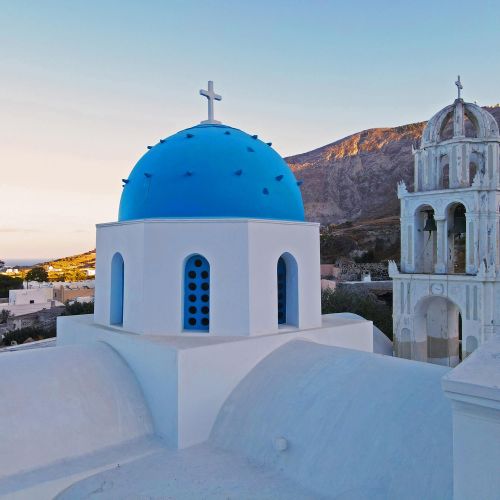 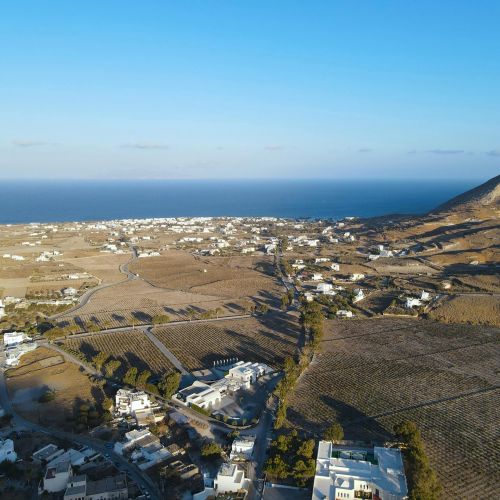 The visitor can stroll around its charming narrow cobblestone streets, admire the traditional architecture and discover its many old churches enjoying the feeling of a bygone era.

Located in the heart of the wine making region of Santorini, this enticing village is surrounded by vast vineyards with the average vine age exceeding 70 years, while the oldest vines are more than two centuries old. Home to four wineries (Argyros Estate, VSV winery, Artemis Karamolegos and Canava Roussos), Episkopi Gonia is the perfect place to wander into the magical world of wine. One can experience the Assyrtiko grape and the Santorini wines at their finest.

The craft beer lovers can expand their hoppy palettes with some great ales and lagers at Santorini Brewing company located at the entrance of the village.